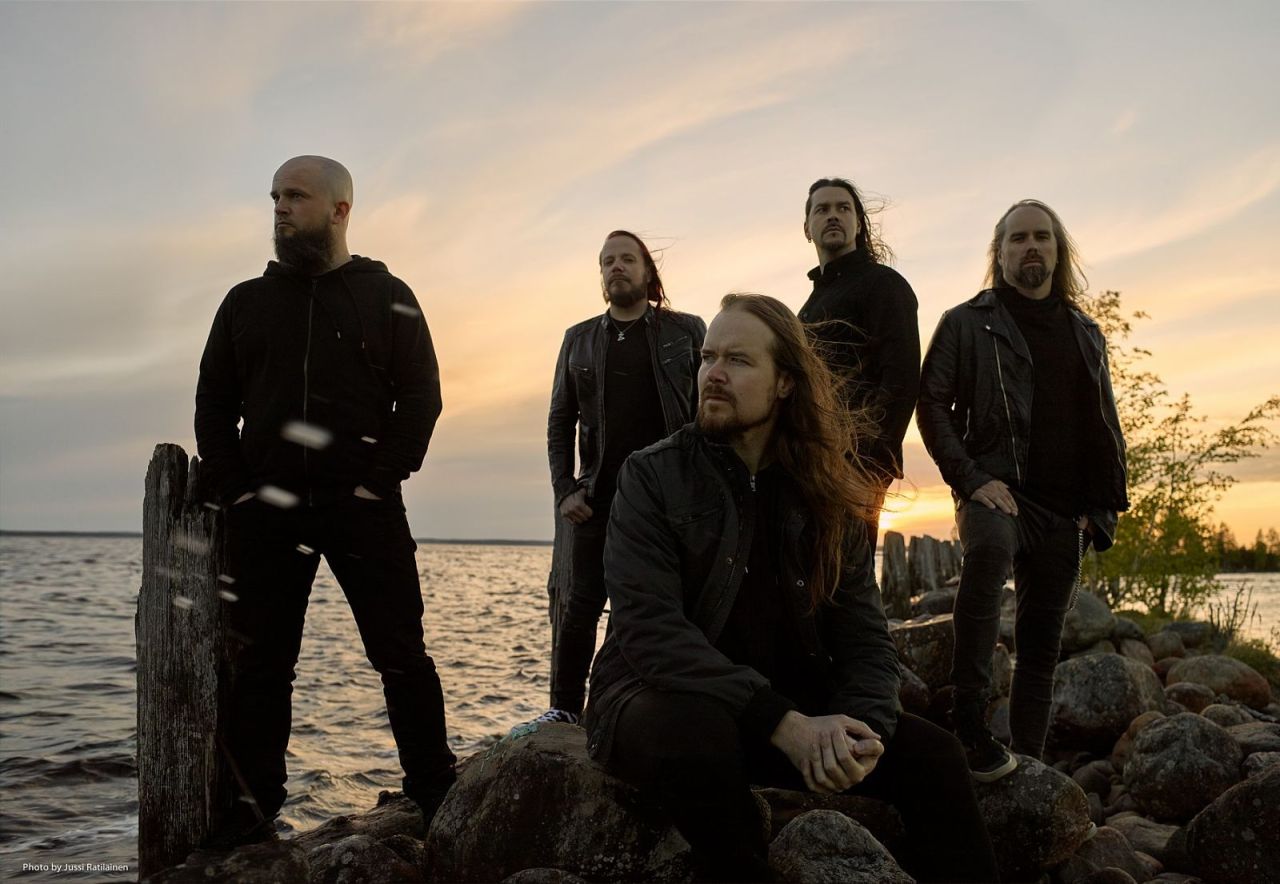 Insomnium are a melodic death metal band from Finland formed in 1997. In their over twenty year career, they have made a name for themselves carving out their own identity in the genre by blending rich atmospheres, melodies and folk influence in a way that makes them stand out amongst their peers.

The three founding members are: bassist and vocalist Niilo Sevänen, drummer Markus Hirvonen and guitarist Ville Friman. The lineup has expanded since 2011 when the band recruited Markus Vanhala (Omnium Gatherum) and most recently, Jani Liimatainen (Cain’s Offering) for guitar duties in 2019.

With Insomnium’s world tour about to commence following the release and success of their newest album, Heart Like a Grave late last year, the time has never been better to take a look back at the band’s extensive back catalogue as tonight we rank all of Insomnium’s core releases. 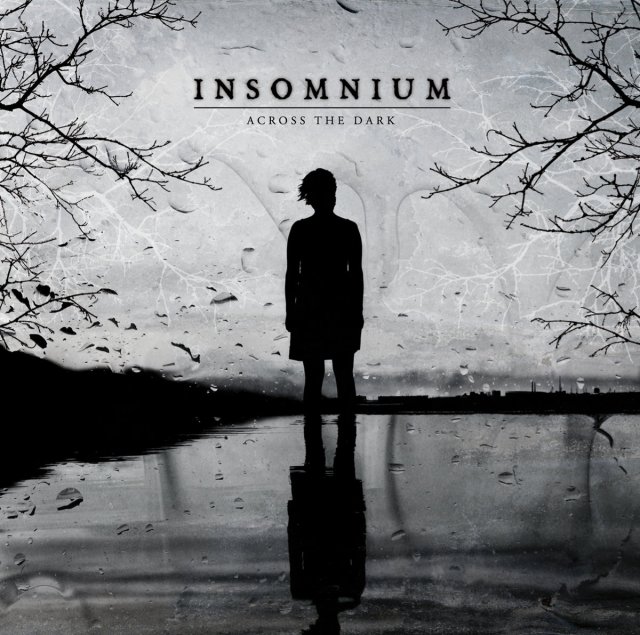 I need to preface this entire article by saying that I genuinely do love every Insomnium record and that the ranking order really is down to a few small preferences and nothing outlying. Across The Dark is a fantastic album that features some of the bands best songs including: Weighed Down with Sorrow and Down With The Sun. However, this album came out a time where Insomnium had a very well established sound. It did not break as much new ground as what came before it, nor did it innovate in the ways of the latter records that would succeed this one. 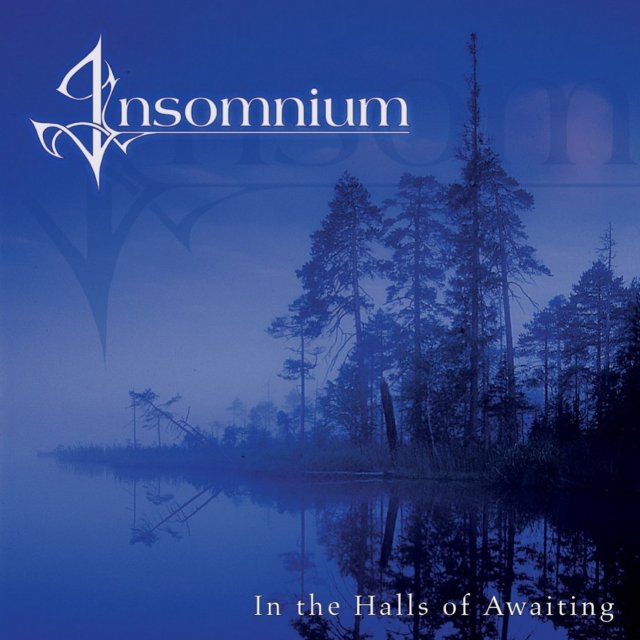 I know it may be seen as sacrilege to place a band’s debut so far down the list, especially when they are as revolutionary as this, but if anything I believe that it just establishes just how high the bar was set and then surpassed by in future. In The Halls of Awaiting is one of the strongest first records in metal music history and perfectly conveys the poetic melancholy in the songwriting, combined with a strong use of acoustic/folk guitar and darkly beautiful medleys throughout.

It is no more evident than in songs such as The Elder and Deeper Shades of Green that this was a band doing something completely unheard of at the time. In The Halls of Awaiting truly does have this timeless quality that transcends orthodox trends and trappings that other bands in the genre would have fallen into. Despite being released in the early 2000s, this record could have came out in the early 1990s or the late 2010s and still retain its own prevalence in a league of its own. There is no conforming to trends, there is no overblown production or heavy use of electronic elements. It is a straightforward folk-inspired melodic death album through and through that cemented the band as something truly special. 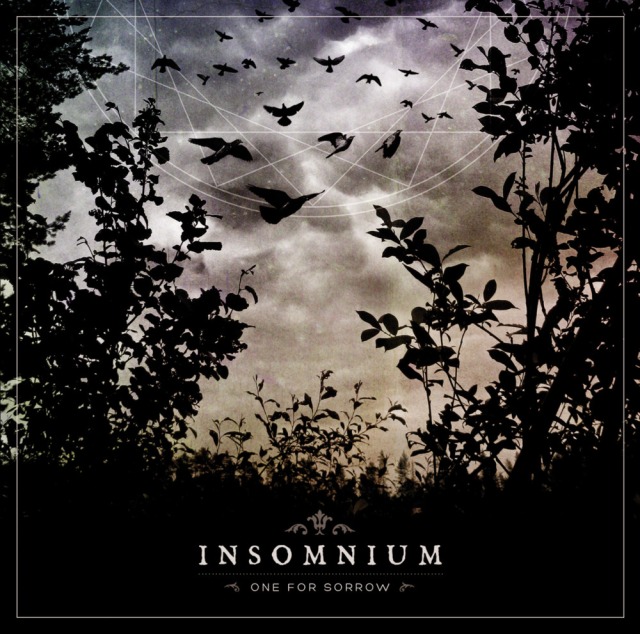 Always one for sorrow, never one for love. One For Sorrow serves as perhaps their first major exposure to the mainstream market, as well as acting as a swansong for longtime guitarist and songwriter Ville Vänni, who left the band after the release of the record for personal reasons pertaining to his career as a general surgeon and family matters.

This is where ranking their records starts to become an incredibly difficult task and there really is nothing in it as to why one album is any higher or lower than another. One For Sorrow is a masterclass in powerful and emotionally charged melodic death metal that has an excellent sense of pace and flow for the entirety of the runtime. Every track here feels deliberately placed and not a second is wasted from beginning to end. Standout tracks from the album are: Unsung, Regain The Fire and Lay The Ghost to Rest. 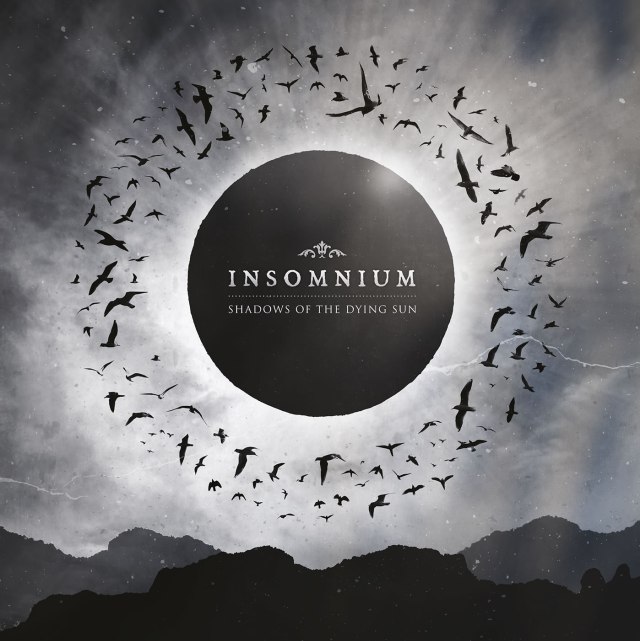 This record was my first exposure to the band and I am certain many others as songs such as the now iconic While We Sleep and Ephemeral dominated playlists and fronted many press websites back in 2014. This album is a little more accessible than some of the others on this list and was the first time that the band had utilised ballads and clean vocals more heavily as a tool in their songwriting arsenal, mostly found on slower tracks such as: The Promethean Song and The River.

The album still retained the aggression and bite of prior records with tracks like Black Heart Rebellion and The Primeval Dark, but the lighter elements mixed in made it stand out amongst the rest of their discography. It may be softer in places but it is no less emotionally resonant.

Shadows of the Dying Sun is not only one of my favourite albums ever released but has also gotten me through a lot of dark times with its morose yet inspiring and uplifting lyrics. It was also around this time that I saw Insomnium for the first time, with a setlist that made up large in part with killer tracks executed beautifully from this release. 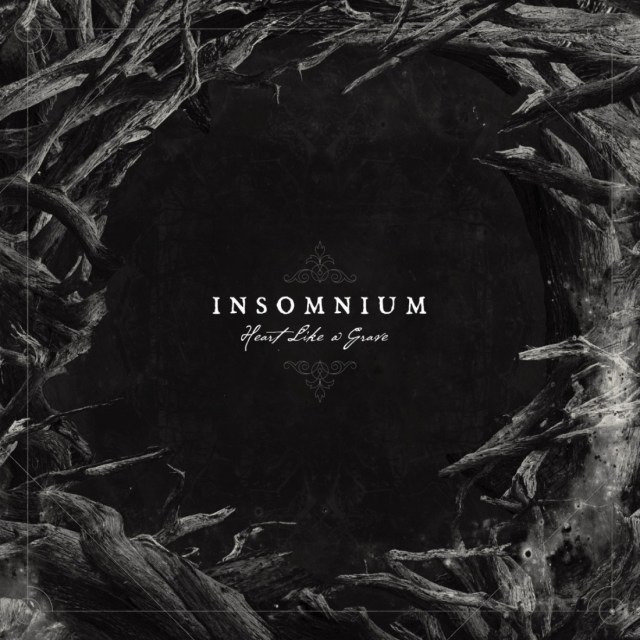 To some this album seemed like a grand return to form for a band that had become very comfortable in releasing consistent but safe albums. To the less cynical (myself included), Heart Like a Grave is a prodigious demonstration that shows exactly why the band have such the stellar reputation that they do.

With that said, Heart Like a Grave does innovate in a number of crucial ways that sets the record apart. The most noteworthy addition to the core lineup, newcomer Jani Liimatainen, injected new vibrance and brightness to the songwriting resulting in tracks like Valediction that borrowed in small part from Cain’s Offering with the focus on euro metal clean singing throughout most of the song from himself and Ville Friman. It is a really cool touch that adds a little colour to a very dark record.

Pale Mourning Star was a gorgeous callback to the band’s In Halls of Awaiting sound, with its extended runtime, heavy use of acoustic guitars and swelling piano accompaniment paired with perhaps Niilo’s greatest vocal delivery on the album, and even a little black metal flare too.

This album does not reinvent the wheel but it has enough new ideas and benefits from some new blood to do something different enough to make those who may have lost interest in the band’s last few albums, to pay strict attention once more. 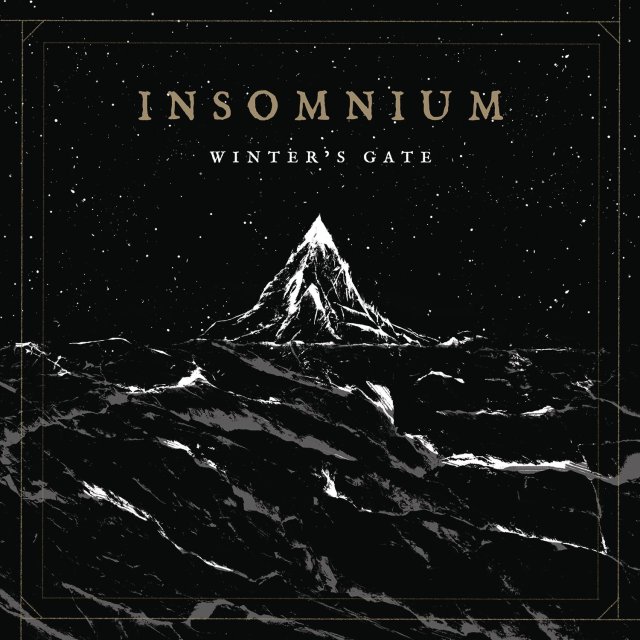 What does a band do when faced with the idea that they may be getting too comfortable in their own sound? Well, in this case they release one long fourty-minute epic of a song. Winter’s Gate is a transcendental journey of epic proportions that takes the listener through a myriad of rich frozen landscapes and refuses to ever lessen its grip.

This entry into the band’s discography also demonstrated their first foray into implementing black metal staples into their core sound and it made for an unexpected but sharply effective addition that moulds Winter’s Gate into something that blends the barriers between genres in the best way possible. Thick tremolo riffs and backing choir vocals permeate this album and accent the quitier portions along with the always stunning guitar lead that screams at just the right times.

Winter’s Gate may have been a risk but it was an incredibly bold move on the band’s part and smashed any doubt to pieces that this was a band that could never stagger or slow down. 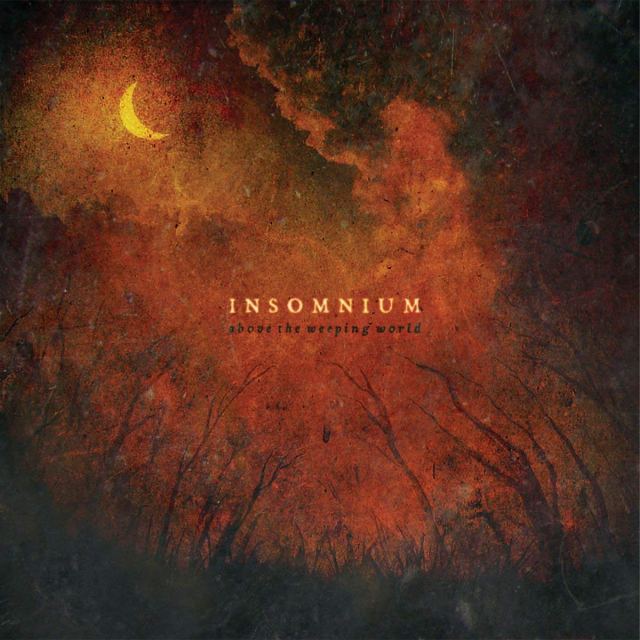 Without question this is an album that is utterly flawless in almost every single respect. It is perhaps too the band’s heaviest record yet with Niilo’s growl a little deeper and the dual guitar riffing leaning a little harder into that death metal grove just enough to not betray their folk melodic influence.

It is difficult to talk about the sum of its parts when you have an album that is so consistently strong and carries itself so effectively and effortlessly as this one does. One listen of Drawn To Black, The Killjoy or Change of Heart is all you need for this record to infect your ear and stay with you for potentially the rest of your life. It really is that quintessential. 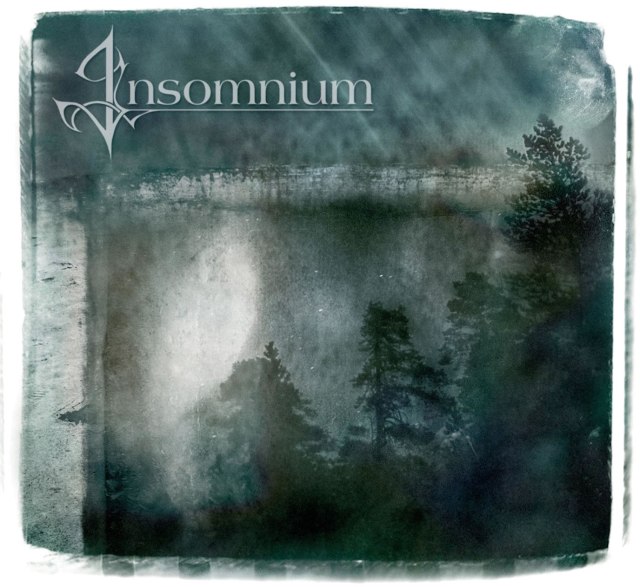 This album is immaculate. Insomnium’s sophomore record took all of their unique and interesting concepts and dialled them up to 11 with steadfast conviction. Take one listen to any of the exceptional tracks and it is easy to see exactly why this, out of them all, tops my list as the greatest Insomnium album yet.

Be it the wistful and winding Daughter of the Moon, the immense crushing power of Death Walked The Earth or the sheer striking sadness of Closing Words, Since The Day It All Came Down is one of the finest metal records ever put to tape. Try as I might I feel that I lack the words to do this record justice, the album truly does speak for itself as a high point of exactly why we love this genre of music in the first place.

Ultimately you could listen to any of these albums and rank them completely differently and it would be entirely valid, they are all special and mean different things to different people. It was incredibly close to call but we made it. I look forward to many more years of their reign as the undisputed kings of melodic death metal.