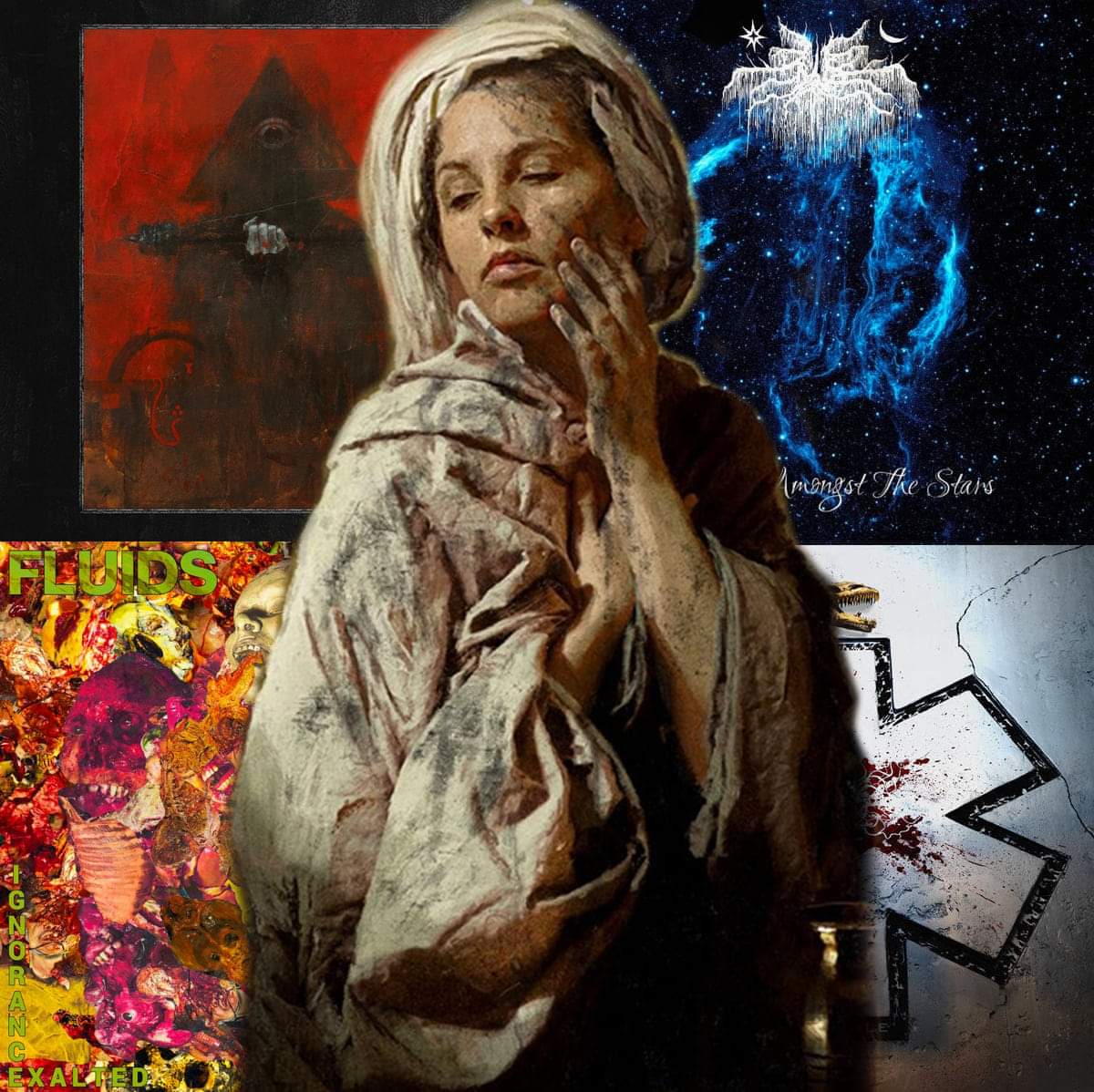 I’ll be honest, I didn’t listen to nearly enough new material this year. What a god awful twelve months, no festivals, multiple lockdowns and an economy brought down to its knees. It’s fair to say that there was more important things happening in the world than new records, with that said, here are our choices for the best metal albums of the year. Onward 2021!

I’ll keep my explanation brief with this one. All you need to know is that it’s one of the band’s best records in a very long time. Obsidian took everything from The Plague Within and Medusa, and injected some of their mid era gothic flair. A masterpiece of death/doom.

If someone was to tell me that this band would exceed their work on 2018’s Abyssal Gods, I would never have believed you, but the New York City trio did that and more. A mind-altering combination of atmospheric death metal combined with freeform jazz, Alphaville is as heavy as it is unique. One of my most spun albums of the year, one I will remember for a long time to come.

Fluids, thy old-Carcass sound lives on through thee! To be more specific, much like with Pissgrave’s 2019 grind album Posthumous Humiliation, I am in love with the old school Earache Records grind sound. Fluids give their own spin on a long dormant genre, and manage to do it justice whilst adding their own creative spin.

One of the only good thing to happen in my life post-lockdown, besides returning to University, was discovering Katatonia. I fell in love with The Fall of Hearts, Tonight’s Decision, and Viva Emptiness and other albums of their later work. City Burials carries on the trend of moody, atmospheric post-rock. It’s beautiful, and exactly what I wanted out of a new album from the band, following a four year hiatus.

My Dying Bride – The Ghost of Orion

Despite my love for death/doom bands, one in particular also from Halifax, my knowledge of My Dying Bride always felt limited. That changed with their last release, Feel the Misery. I was hooked from the first listen, despite some flaws I found in the production. The Ghost of Orion is a return to form, and a much meatier beast overall. Easily a contender with Obsidian for this year’s best doom album.

I’ve been a fan of Solstafir since I first heard Masterpiece of Bitterness. The band changed direction around 15 years ago and have instead shifted towards post-metal, and like Katatonia, a change I think they made for the better. Endless Twilight doesn’t quite have the staying power of 2017’s Berdreyminn, nor the impact of 2014’s Òtta, but it’s another fine example of moody metal from Iceland’s coldest musicians.

Again, I’ll keep my notes here brief. What else can I say? I absolutely adore Carcass and have for almost a decade now. It’s been a long time since Surgical Steel, 2013, and whilst this is an incredible EP, my hunger isn’t quite satisfied. Still waiting on that full length follow-up!

All hail the 70s? I’m always supportive when a metal band tries something different. I was a big fan of Noir’s previous release, Mayhem in Blue from 2016, but this new album was a big departure from their experimental black metal roots. What remains is a trippy blend of black metal guitar techniques, synths and clean vocals, and it all works very well.

Like with other entries that I’ve already reviewed this year, I won’t waste much time repeating myself. Conduit is a savage mix of blackened death metal that strikes all the right chords for me. It’s my favourite genre of music, and this band have added to it very well.

What a debut! Formed in 2019, this band deliver their take on the black metal genre with a Burzum meets Batushka fusion. The result is very atmosphere, gorgeously produced and utterly unforgettable. Put it this way, this was one of the first albums I heard this year, and one of the first that I shortlisted in consideration. If you’re a fan of black metal, you’re on this site so you should be, spin it at your earliest convenience.

Long live blackened thrash! I’ve been a big fan of bands like Venom since I had my first taste of extreme metal many years ago. Midnight have helped to rekindle my love for proto-black and crossover thrash beautifully. Their single Fucking Speed and Darkness is one that I’ve listened to heavily this year through drinking sessions and parties with friends. It’s gloriously depraved.

Say what you will about Dagon and the rumours, I’ve met him after the fact and my mind is made up on that situation, Inquisition return after a four year gap with yet another long form black metal opus. It’s old school to the core, with a frozen edge throughout, and features everything you could ever want from the Columbian duo.

I’ve reviewed this one anyway, so this will be swift. I’m a great lover of everything UADA, and with their third record, the band have finally broken out from the mold of Mgla to deliver something really special. The comparisons may have been warranted when Devoid of Light released, but they haven’t been accurate for a long time. Djinn is brighter and more optimistic, and for the better in my eyes.

Naxen – Towards The Tomb of Times

I think it’s best for an album like this to speak for itself. Words really can’t do it justice. Imagine that you’re immersed in a dark and wet cave with no warmth or light in sight. You keep walking through the dark for solace, but salvation doesn’t arrive. That’s what Naxen have done. It’s utterly miserable, but it’s essential listening as far as I’m concerned. Dark. Cold. Depressing. Everything you want.

Nebula Mori – A Ghost Amongst The Stars

Just with Faidra, another really strong debut album from a very promising band, this time from cosmic black metal duo Nebula Mori. It’s a very underappreciated subgenre of black metal, I can only think of few bands that do it as well, Screaming Savior and Hoth, but Mori are doing something very different. Goes without saying that it’s frostbitten and as bleak and black as the endless void of space. Again, nothing I can say should sway you, give it a listen. You won’t regret it. I promise.

Featured Image made by BigManOrnstein.